He smoothed his collar, “Baby, now why would you work for a measly salary after we get married? I make enough money for the both of us.”

She looked at the corner of his upturned mouth, Oh he loves me so. If I marry him I will never get—

He just created a dependency that you are surely going to rue for the rest of your life. You don’t know it yet—but trust me, you will. 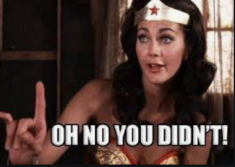 My limited understanding of feminism tells me that all forms of dependencies are exploitations waiting to happen.

Women don’t need a man to do anything for them. They are fully capable of doing everything for themselves, men just need to get their asses out of their way and not impede them with patriarchy, dependencies, cultures, traditions, stereotypes etc.

On an even playing field they are fully capable of taking care of themselves. They have the intelligence, abilities, desires, motivation, strength to do whatever they want.

She wrapped her dupatta around her arm and knelt, “Oh look at that cute dog, he looks so hungry and sad.” She reached for her stash of dog food while she traced the area between his eyes and gave his ear a gentle rub.

The dog moaned in pleasure. Lady, you have no idea how good it feels to get an ear rub… if you don’t have opposing thumbs you are—

She just created a dependency. 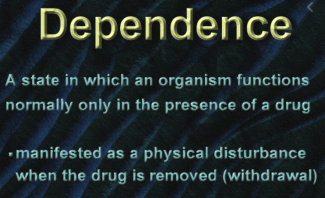 My substantial understanding of the animal world tells me that all forms of dependencies are dysfunctional. Animals did not want humans to do ANYTHING for them. They were fully capable of doing everything themselves. We just needed to get our asses out of their way and not impede them with domestication, dependencies, cultures, traditions, slaughter, forcible breeding, stereotypes etc.

On an even playing field they are fully capable of taking care of themselves. They have intelligence, abilities, motivation and strength to do whatever they want.

We think animals are stupid.

We believe in India that stray dogs will not survive without food.

We fail to realize the most basic part of nature. The law of survival. The rule of the jungle.

MULTIPLY BASED ON THE AMOUNT OF FOOD AVAILABLE.

Case in point- EVERY animal comes on heat at the time of copulation and conception.

We are the ONLY species who has sex for pleasure.

All animals multiply based on the food available, so if you are feeding an animal; here is the message you are sending to them.

-and sure enough they have been complying for decades in India. Dogs and Cows. We have the highest number of domesticated animals in the world (75 Crores) that’s 0.75 Billion (with a B)

All animals know how to find food. Trust them and their natural instincts. Their instincts are much much much better than ours. Please do not make them dependent on us.

All winter they feed deer at stations. These stations close (by law) just before hunting season starts. The deer come to the station looking for food and that’s where the hunters are waiting for them with their telescopic rifles.

Dogs consider the feeding location their home. In the dog’s mind he’s a pet. In the feeder’s mind, he’s a stray animal.

The dog guards its territory, starts pooping a few houses down the street and barks at anyone crossing ‘his’ house.

The neighbors start complaining. People get into fights. Animals lovers stop feeding the dogs or worse still move away from the locality.

The dogs starve or neighbors hit or poison them

The dependency has led to their downfall.

We should feed lactating mothers, orphaned puppies, sick or injured dogs, special needs dogs who can not hunt for food. But when they are healthy- wean them off the food. Or they will continue to be dependent and get lazier.

As an Animal Welfare Officer, I get at least 10 calls a day about human-animal conflict caused by this human-human behavior.

But Animal Lovers do not get it. Because they love to point the finger at ‘the others’.

They feed because it makes them feel better. Just like the dependency made the woman feel better before she got married and fucked her later on in life. That’s basic co-dependency.

Just that in a street dogs case. This dependency gets them beaten or killed or their young puppies get dislocated.

Because it makes us feel better about ourselves.

So are we ‘animal lovers’ or just ‘self-aggrandizing self lovers’ in camouflage.

Animals need us to stop feeding them so there is less of them to compete for the food available for them. Failing which and in the abundance of garbage, they need sterilizing.

So either they need us to be a neat and clean country or they lose their cojones.

But since we continue to be filthy and we feed and we don’t sterilize (as much as we should);

we cause them relentless harm.

Covid-19 has brought this issue to the forefront. When the country is facing lockdown we are risking human life and a pandemic virus to violate curfew and seen feeding passes because we have now CREATED A MONSTER.

But what happens when the threat is over, we will surely go back to feeding them.

And we will justify it. Just like we justify everything else. We will claim that we cant stop now or else they will starve (we still do not trust their superior instincts).

But in reality we will make the next generation dependent on us by feeding them too.

WE WILL CONTINUE SCREWING OVER THE STREET DOGS and we will blame the Animal haters for being the culprits and on social media will call them all sorts of names.

Keep their future in mind.

-Trust their abilities and intelligence. Just like feminism teaches you to FUCK patriarchy.

The animals have evolved…

10 thoughts on “Dependency is Slavery for Humans and Animals”