Where’s my husband?” Mrs. Sodhi yelled. “What did you do to my husband last night?” She charged right into Dad’s room.
My father pressed his fingers to his forehead and cringed. “Uhh. I don’t know. He vanished.”
“Vanished? You left the bar on your scooter. Then you’re saying he vanished,” she rubbed her thumb on her fingers, “into thin air.” 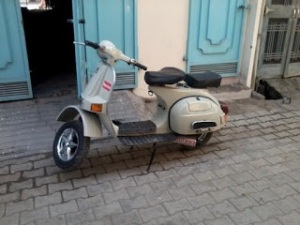 Dad pressed the coffee mug to his temple. “I was driving. We were talking. Then he stopped responding. So I stopped and looked back. He was gone.”
Mrs. Sodhi threw her arms in the air. “Goddamnn you drunkards.” She slapped her palm to her head. “Let’s go find my husband. Are you sure he was seated behind you when you started your scooter.”
“I…Think so.” Dad ran his dry tongue over his chapped lips and labored toward the bathroom.
The revered Mr. Homer J Simpson said, “Alcohol is the cause and solutions of all of life’s problems.” My father would just say, “Chakk Glassy, te napp de killi (pick up the glass and hurry up to getting drunk.)”
A highly decorated Engineer that worked for the Government of India on deputation to several countries during his tenure, my father lost his way after he retired. Directionless, him and his retired friends took to binge drinking. This was a regular scene at our house.
However this was the very first time he’d actually misplaced a human.

After a few hours of scouring the small town of Chandigarh in Northern India, we ultimately found Mr. Sodhi in the state hospital.
“What happened to you, Yaar (buddy). We’ve searched everywhere for you.” Dad traced his finger on the bandage on Mr. Sodhi’s noggin’, where some blood had seeped through the gauze. 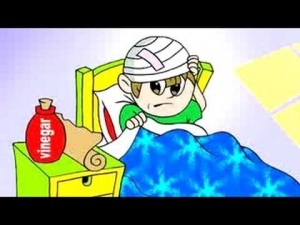 Mr. Sodhi clutched his pant pocket with both hands. “Yaar, last night while you drove me home we both forgot where I lived, right?”
My father nodded. “Yeah. And I was driving around the neighborhood so you could find your house. We sharabi’s (alcoholics) understand each other.”
“Yes” Mr. Sodhi nodded. “We always look out for each other. You are my dearest friend. You know I always look out for you.”
“Ofcourse. But what happened to you. I turned around and you were gone.”
Mr. Sodhi smiled. “I saw my house and I got off. I knew you were getting late and I didn’t want you to stop the scooter.”
I leaned in. “So you just got off?”
“Yes.” He smiled. “I put my feet on the ground and your father kept going.”
I shook my head. “Really?” I pointed to Dad. “You both are honored engineers? Ever heard about inertia of motion?”
Mr. Sodhi winced, took one hand of the pant pocket he was clutching and touched his head. “I know now.”
The doctor flipped his chart. “They found him in the morning. Sixteen stitches.” He put his stethoscope to his ears. “He was bleeding but he wouldn’t let go of his pant pocket.”
“What do you have there?” I reached for his pocket.
He angled his thigh away from me and beamed triumphantly at dad. “You see, Yaar. I fell, but I saved my pint.” He produced a bottle of Johnny Walker Black Label from his pocket.
I covered my mouth with my hands. “Really? You fell down and broke your crown. But you wouldn’t break your fall with your hands. You chose to protect whiskey over your head?”

Dad on the other hand was sharing the most blissful moment with his drinking buddy. Like co-dependent druggies they pored into each other’s eyes and smiled; in unison.
Harmoniously.