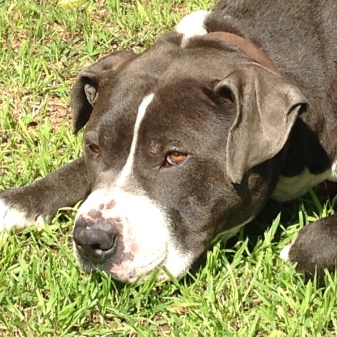 Have you seen a big un’ go down? That’s what I did today.

NO, I didn’t kill any dog. It was a black and white coloured pit-bull that I tranquilized because he was being aggressive when I cornered him.

NO, I didn’t tranquilize him because he was aggressive but because he is a stray and not neutered. He must’ve been used to produce more pit-bull puppies to be sold for profit. These are the puppies that finally show-up back at the shelters as abused dogs and do end up on euthanasia lists.

So had him pegged with my catch-pole when he gave up the chase and I had to shoot 1cc Tranquilizer into his dense hind-leg-muscle. 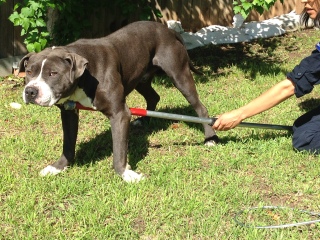 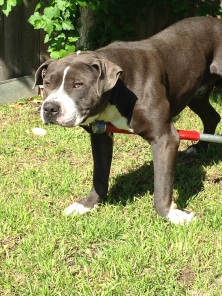 Then the drug started affecting his muscles and his trembling legs could no longer hold up his massive body and down he went like The Titanic. 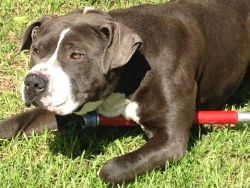 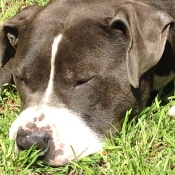 His big snout was on the ground and his heavy breath blew away blades of loose grass, he struggled to keep his eyes open. Five minutes later I realized my predicament of taking him to the truck by myself. The anesthetic would wear off in 15 minutes and I needed to secure the big-guy in the truck. 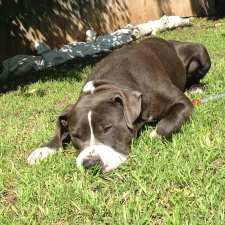 At this point I had an audience of around 20 people. I wrapped my arms around his back, lacing my fingers around his chest and heaved him up in my arms and–, and…

–My eyes welled up. His body weight was about 80 pounds. It wasn’t the weight that hurt me but the fact that several years ago I used to lift another dog of the exact same weight. 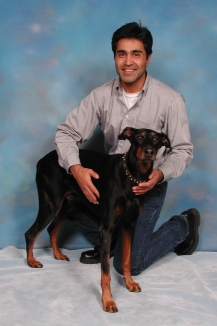 Speed. My Speedy; the big Doberman who was on the last stages of his joyful life. He suffered from Laryngeal Paralysis and on walks around the block he would have breathing episodes. I would carry him back to the house cradled like a baby and he would rest his muzzle on my shoulder. A part of me used to think he did it on purpose because he enjoyed those rides back. The wily old ba*****d. 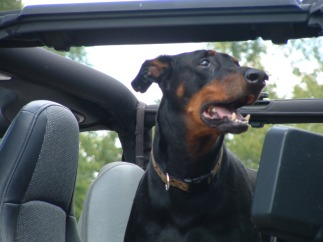 Here I was today carrying this dog to my truck 30 meters away, to the cheer of the audience. Some were concerned about the dog, some thanked me a few were angry.

But the giant pit-bull is safe. He’s at the shelter and is well-fed. I’ve taken him on several walks now and I can safely say we are friends from the way he wags his merry tail every time he sees me. 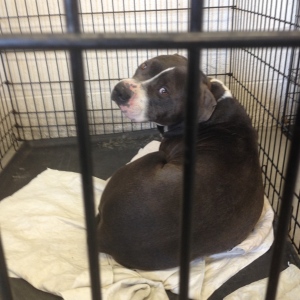 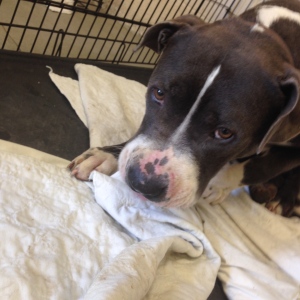 Today my own Speedy would be smiling at me from somewhere behind the clouds for having picked another eighty pounder and given him a ride in my arms.

My chiropractor be happy too sending me bills- If I keep on doing this stuff.

One thought on “Another one licks the dust … Pound for Pound”