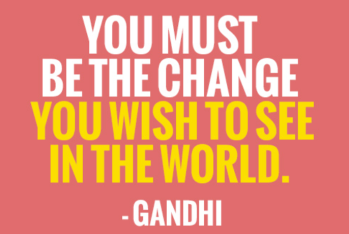 Yesterday I was in the Euthanasia lab.
21 dogs were on the list. 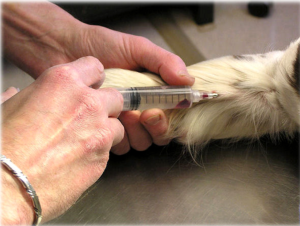 After a dog is tranquilized it is unable to move, but i can feel death coming. It can see humans around it drawing up the syringe with the blue-juice, finding its cephalic vein. The injected poison burns the dog as it enters their blood stream and almost immediately the dog stops breathing.

In those few seconds before and during the injection process is my chance of petting their head, looking into their eyes and make sure I am the last person they see. The person who killed them and apologized to them on the behalf of humans. The person who mentioned this black and tan Doberman, Speed who supposedly would watch out for them in heaven.
I tug at their ear, hold their paw as there eyes turn glassy and their tongues loll out of their mouths.
Yesterday- they kept coming and they kept coming. We made some last minute calls and got 4 of them off the list but what was more important was that 17 dogs died- and I killed them.
At one point as I pet a dog that was being put down for being “human aggressive”, the vet tech asked me if I’d been bitten by a dog yet.
“No, I haven’t. In my 9 years in rescue, cruelty and animal control, not once.” I eased the loop off the brown pit-bull on the end of a catch pole.
My supervisor who was just boasting about how much of an expert he was claimed, “It’s just a matter of time before you get bit, Inder.”
Thats right. I might get bitten, but never because I failed to read the body language of a dog. 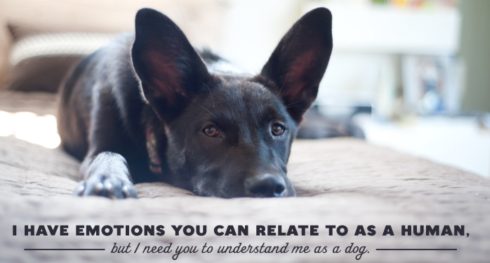 ************************
When friends and family tried to cheer me up late last night, they reminded me that I wasn’t a cause of their death. But the fact is today there thousands  more dogs on the list- all across the country.
SO WHAT CAN ONE PERSON DO?
We keep saving one or two dogs here and there but thats akin to plucking apples to kill an apple tree.
Today I got a police call, aggressive pitiful at large. Got out of the yard and the owners were out of town.
The neighbors told me that he had charged them several times and today broke through the fence. The police officers stayed 20 feet away with their guns drawn.
I put a leash around my arm and sat on the driveway.
“Aren’t you going to use your pole?” The female officer lowered her weapon.
“Naah, let me try it my way first.” I peeled open a bag of treats and tossed one at the dog.
He looked at me and I looked away; feigning disinterest. Then I asked someone 50 feet away a question and then looked at the dog, appeared interested.
I sensed the gears in his head turning. Should I, shouldn’t I?
He walked towards me, then circled me and picked up the treat.
In the next minute he was eating out of my hand and in another minute he was my long lost friend. 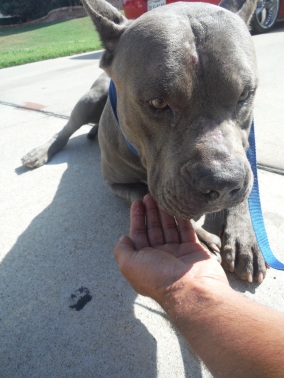 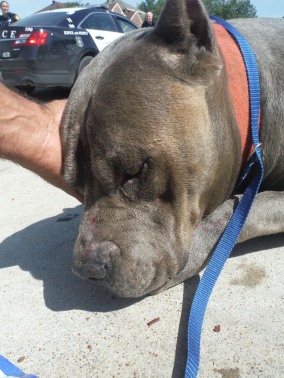 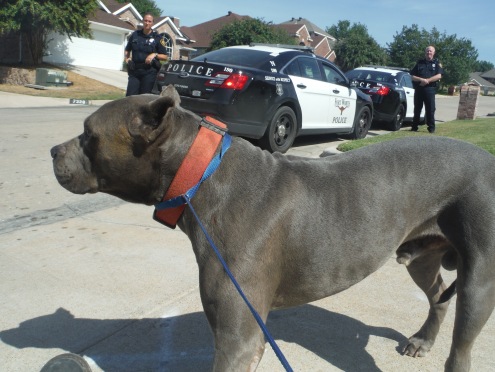 Then he dropped and rolled over. 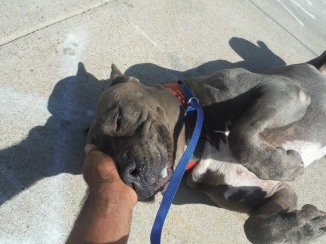 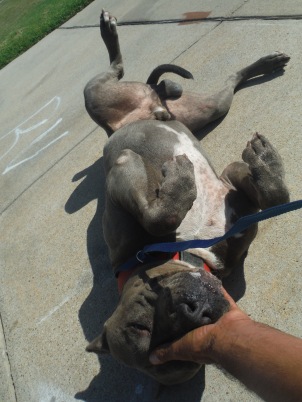 From then on my soothing voice turned to say the most sarcastic comment within earshot of the police. “Are you the puppy, everyone here was calling aggressive?” I rubbed his ear and he purred in pure joy.
The police had now holstered their weapons and took turns petting this big-papi.
The neighbors came out to thank me. They said they were ready to hear shots and see bloodshed today.
SO IF I AM JUST ONE PERSON – WHAT DO I DO.
Well, you fix the root cause.
And what is the root cause? – Lack of education. Lack of knowledge.
So we show them.
We educate them.
We don’t talk- we do.
We teach the kids COMPASSION
We educate against breed specific STEREOTYPING.
We show the citizens by example.
We educate kids how to read a dogs body language and prevent bites.

2 thoughts on “I’m Only One Person. What Can I Change?”