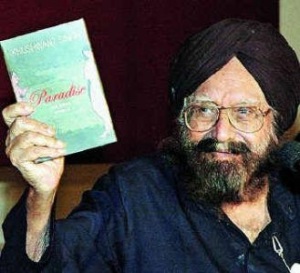 The Author, Khushwant Singh passed at 99 years of age today. It is with mixed feelings that I write this.
A truly brilliant mind that often came in his own way to becoming a literary legend. A plethora of his brilliant work lost amidst the profanity and the senseless levity he sprinkled in his writing. 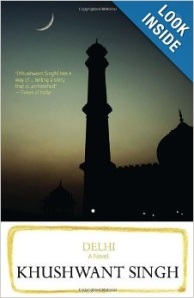 His book Delhi, is a masterpiece and a lesson in writing from multiple points of view. He takes us through a 1000 year history of Delhi seen through the eyes of the most relevant person in that era. The narrator is a Senapati (Minister of War) or a Badshah (King) in the times of treachery to take over India. He’s a Sufi poet in the times when poetry and music is banned in Delhi. He’s a contractor in times of the city going through modernization. He’s a part of the gang scoping out Mahatma Gandhi for the purpose of assassinating him (thus looking at the Mahatma’s perspective and the perspective of people who hated his policies). Occasionally, he brings us out of the story to modern times where he is in love with an ugly hermaphrodite prostitute (who he compares to Delhi- The ugly side of Delhi that he still is in love with despite hating it). The mark of true genius; A reader’s delight. But then he has to be in his own way with a 3 page in-depth description of the various types of farts and their classification. Come on Mr. Singh—let us love you for Christ’s sake. 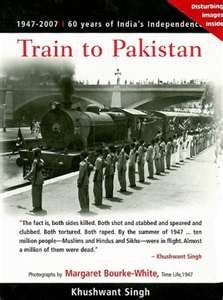 Amongst many other books is the extremely heartfelt, The Train to Pakistan. It depicts the senseless violence, looting, murder and rape that accompanied the India Pakistan partition of 1947. Amidst all the greed and lust there is hope and love of a village belle and a hardened criminal. The cast-off of society is committed to saving lives.
Khushwant Singh was a columnist who took on politicians and social issues with gusto and directness. His column depicted his mindset and attitude in life. A writer with a bottle of booze and a copy of an adult magazine sitting inside a bulb and writing away to glory- and right into our hearts.
Thank you for all your works, Mr Khuswant Singh. May you rest in peace and wreak more havoc in heaven; or hell.

6 thoughts on “With Malice Toward One and All”